A lawn mower was invented in 1830 by an Englishman called Edward Budding who lived in Gloucestershire, and it was named the cylinder mower. The mower was meant to slash the grass on sports grounds and gardens. It was also supposed to clear the lawns surrounding French and English castles so the enemies could not hide in the grass and access the environment. In the absence of trees, grasses grew naturally, and so the emergence of the name lawns. The lawns were used for livestock grazing, and the cattle’s droppings became fertilizer, and so the need for advanced mowing.

The cylinder mower, therefore, became a marvelous creation to the extent of being patented in the same year or invention. With time, the mowers replaced scissors and the cattle that were used to cut the grass. Currently, lawn mowers are the generally accepted standard features behind a perfect fence or landscape. However, the mower’s advancement journey dates way back from the eureka moment of Edward Budding to the friendly options today, and this article describes this illustrious history. 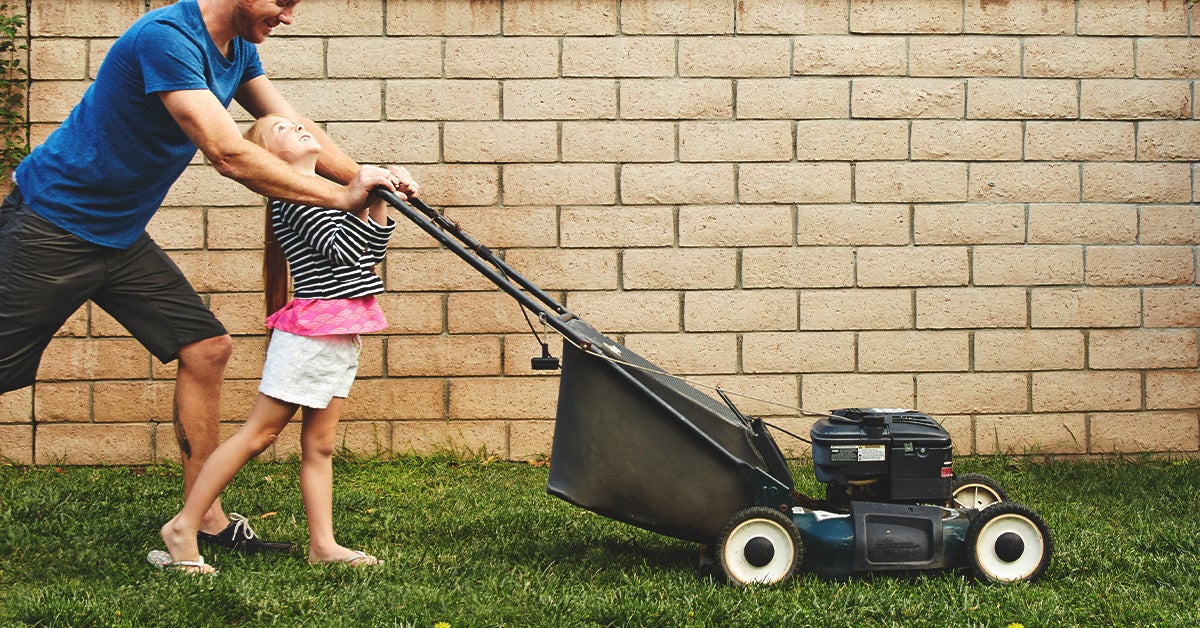 Budding was an engineer, and it took approximately a century to invent and patent the first lawnmower. He discovered this idea when he visited a cloth mill in the vicinity and saw a certain machine with a unique cutting cylinder and a bladed reel to edge the woolen nap surface as well as velvet cloth to ensure it gets a smooth texture.

It was from this machine that he applied the technology to cut the grass, and so a reel mower with properly arranged blades around a cylinder was developed. The mower was made of iron, and therefore, heavy to push as compared to the modern mowers. The mower became more popular, and an idea to include a pull-along handle was brought forward, thereby making it easy to move.

Budding had a partner called John Ferrabee, and they manufactured the mowers at an iron workshop in Thrupp. In 1832, they sold about 1,000 mowers and even licensed other agencies to create similar copies, but JR & A Ransome of Ipswich became more popular.

A Chain-Driven Mower that was Quieter and Lighter

Thomas Green became the first person to invent a chain-driven lawn mower in 1859. This turned around things because the chain made the machine lighter, and so the effort needed to move it reduced, thereby cutting the lawn effectively. Green’s invention was called Silens Messor, and the design changed over time based on some principles until the entire production was completed in 1935.

In 1868, Amariah Hills from Connecticut was the first American to be patented for the reel mower. Elwood McGuire from Richmond, Indiana followed in 1870 who developed a push mower meant for the masses. The mower was simpler and lighter that became so popular. Towards the end of the 19th century, Albert Burr, an American, patented a lawn mower bearing better traction wheels and rotary blades. About the same period, a steam lawnmower appeared, but in the early 20th century, commercial mowers with a gas engine emerged.

Toro, a company that built tractor engines, and founded in 1914, manufactured a mower that was easy to use, and affordable to all homeowners, and could be kept in a garage. It was in 1948 that the rotary mower entered the market to transform the business because they had enclosed decks.

In 1955, Max Booth Swisher from Warrensburg, Missouri invented zero-turn riding lawn mowers. It could turn 360-degrees, and the front wheel was the one used for direction powered by a motor to use the radius capacities. This invention was patented in 1963 by John Reiger of Hesston Corporation.

The first self-propelled mower was patented in 1969 by S Lawrence Bellinger, and it featured remote control systems and powered by a battery. These were the first robotic type that moved along a borderline around the yard and had sensors for detecting obstacles.